Still a Sucker for Romance

Despite not having had the best luck in the romance department, I am still a sucker for romance and love stories.  That part of me has dwindled as of late, but I still hold on to what is left of it.  Wanting what I seemingly can’t have is hard, but I guess a part of human nature.  People who have it can’t quite comprehend the feelings when you are still out of luck in the romance department though, try as they might.  Yes, they may have fought for what they have, they may have been trough the ringer, but once they stand on the other side shinning in the basking glow of love, that perspective shifts.  It is just how it is, and I probably would be the same if it happened for me.  It hasn’t yet, so I wrestle what my heart is feeling with what my head is saying to do. 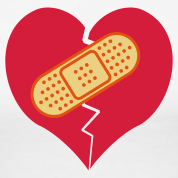 Being Conservative, Politics, and Friends DO NOT MIX 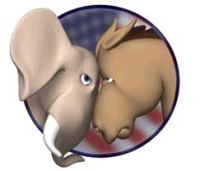 After recently getting into a somewhat heavy political discussion with a friend I realize that politics, like religion, is best not discussed with friends when your opinions diverge from a common point of view.  I particularly feel that when falling on the conservative side of the debate one better keep their mouth shut.  I don’t think anyone necessarily means to make a person feel that way, but I have felt, at least in my experience, that the liberal view comes like an attack and not getting into it is probably best.  I don’t feel I am a particularly judgmental person, but somehow my conservative leanings need to be questioned, dissected, and smacked around.  It’s not that I don’t have an answer, or reason for my beliefs, it is just that the opposing view can’t seem to shake that somehow my opinion differs, and that I am not bringing the Western World down by not agreeing.  I have never questioned and argued with someone the way that I have been interrogated before, this was far from the first time it has happened or the only person who has placed me in the hot seat.  Take for example liberal celebrities that take award show moments to wax political, yes, it is often liberals who choose those moments for browbeating and chest-thumping their view, and their causes.  I don’t know why liberals tend to be louder, and more aggressive, but as a conservative you cannot afford to be loud or aggressive it often seems, and must apologize for your views, because it is obviously wrong, crazy, and mixed-up .  So, I conclude it is best to keep politics out of friendships, it just makes things more peaceful, despite political debate not being a bad thing, it just saves on frustration. 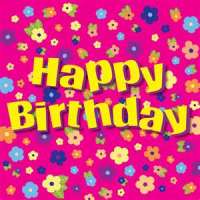 As I endure celebrate another birthday in what I am affectionately calling “The Dirty 30s” I realize the expectations placed on a woman in her 30s.  As an unmarried, unattached woman of a certain age I do face particular expectations from people.  It sometimes feels I am expected to be married with children and living a certain life.  That is all well and good, but my life hasn’t taken that path for whatever reason, and I am becoming increasingly okay with that.  I am making the most of my life, it is my life to live after all.  I sadly have been hard on myself when I feel I am not measuring up, and that is something I resolve to stop.  Comparing myself to others is only going to frustrate me, and letting others dictate the lens I view myself through is an exercise in futility.  Are there things I wish I could make different, yes, but I can’t dwell on what isn’t, it is embracing what is that is what is important and the best way to live.  So as I settle in with another candle on the birthday cake, that is adding more and more candles too fast now for my taste, I am learning to be okay with who I am and where I am at, no matter what anyone else wants or expects of me.  So it is with great fanfare I wish myself a Happy Birthday in my Dirty 30s ;0)

Since today is Mother’s Day I have been thinking a great deal about family, parents in particular.

A dear friend of mine recently lost her mother, and the loss she has experienced seems completely overwhelming and indescribable.  Seeing what she is going through got me wondering about mother/daughter relationships.   Recalling what my parents went through when the lost their mothers was a sobering experience, despite the years removed from those losses.  Any parent/child relationship is going to be different and unique, even among siblings and their parents. The capacity to love is something that words really can never truly express adequately.


I have heard that mothers love their child before they even give birth, while fathers don’t feel the same connection until the child is actually born.  Obviously, the child as an infant needs the parent, and the bond that needs to form is delicate and amazing to watch.  As childhood passes, it seems to change and grow with the child needing the parent less and less, so they think.  It seems once the parent is sick, or has passed, the need for the parent/child bond becomes more evident and the loss can be shattering to the spirit.

The closest I came to learning how devastating losing a parent could potentially be was in 2005 when my father had a quadruple bypass.  He recovered and has been okay since, but the time we waited from December 2004 until his surgery in early January 2005 gave me time to think about what could go wrong.  The day of his surgery was a blur, I seemed to live it but somehow not really feel it.  Time that day did not move, and it was one of the longest days of my life.  I still remember the numb feeling of seeing my father intubated, and post-op.  It will never rank as a memory I want to maintain, since the fear became all to real.  It is a close as I ever want to come for a very long time and has made me appreciate every moment. 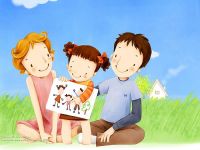 For as much as a parent can drive a child crazy when the teenage years start and beyond, and vice versa, it seems one is never truly a grown up.  I don’t truly believe we fill that “grown-up” roll until our parents are gone.  Despite living a life of our own, needing a parent never quite seems to end.


Happy Mother’s Day to all the Moms out there!

Much as Suzanne Collins did in her Hunger Games Trilogy, Veronica Roth in Divergent begins painting a disturbing and startling vision of the future.  In the dystopian Chicago of the future society, for better or worse, has broken into five factions that regard a particular virtue as important and the key to a better future.  Abnegation the Selfless, Dauntless the Fearless/Brave, Erudite the Knowledgeable, Candor the Honest, and Amity the Peaceful.  Beatrice Prior is 16 and about to come of age in this society as the Choosing Ceremony is about to take place, and she must make a choice that will forever change her.  Growing up in Abnegation has never felt right to Beatrice, and a hard choice confronts the young woman as cracks in what is supposed to be a seamless societal structure begin to show.  Her journey is a fast paced, exciting, and gripping as she confronts the choice she ultimately makes.  Beatrice is a strong female narrator, painted in true strokes despite the dystopian premise of the story.  Growing up, making choices, no matter what are universal themes.  The themes about society as a whole and what virtues, frailties, and power surrounds are equally intriguing.  A very different world from The Hunger Games, but no less imaginative, and for Young Adult fiction I find it to be equally thought-provoking.  Well written stories take the reader in and raise questions, make us laugh, make us cry, make us cheer, and Veronica Roth has created a well-written novel.  I am eagerly anticipating the second book in this trilogy!

Having never read a Stephen King book, it was with some trepidation I began reading 11/22/63 for my bookclub.  I was surprised that I ended up enjoyed the book.  It is not the usual King “Horror,” but about a time traveler and a real historical event.  The event is the watershed moment, November 22, 1963, the day President John Kennedy was assassinated.  It is a lengthy book, something I have heard repeatedly about King’s writing, but not a badly written story at all.  The book focuses on time traveling teacher Jake Epping and his journey as he attempts to change the obdurate past.  It weaves in the historical figures Lee Harvey Oswald and his wife, with the fictional people Jake meets along the way.  The more outrageous time travel element is about the only discernible supernatural or paranormal device more expected of King, but at it’s core remains a character book and a book about choices.  The story about a regular man, an extraordinary opportunity, and the consequences for himself and those around him of taking or not taking that opportunity.  And as historical fiction, and being a history lover myself, the notion of a journey to the past, and the implications of altering the past, or the butterfly effect, did intrigue me despite my being unfamiliar with King’s writing.  Engaging storytelling, and an interesting premise, helped me navigate King’s lengthy writing style.  Overall, I found it an enjoyable read, good for King fans as well as King newcomers.

..and the occasional iced caramel latte.

Life through the eyes of a female with Aspergers

Thought Catalog is a digital youth culture magazine dedicated to your stories and ideas.

Pop cartoons and artwork to inspire and entertain

It was all fun and games, until the fisticuffs and shenanigans... -Deutschmarc

Climb to the Stars

Interesting stuff from around my Life.

Lori Schafer's Short Subjects I Feel Like Writing About

We are All Miss America

4 out of 5 dentists recommend this WordPress.com site

I Remember You Well

Things were happening... and I remember there was music playing.

9-5+ working single mom. Occasionally accidentally funny. I've raised my fair share of hell over the years. Now I get to parent my own little hell raiser.